The evolution of past Palmscale models resulted in the most advanced version of the series yet – the My Weigh Palmscale 8. This scale has cutting-edge features such as a patented hydro hinge to automatically open the cover, a super-easy price-computing function and a two line full LCD reverse lit display. The My Weigh Palmscale 8 is the undisputed world champion of pocket weighing technology and design. 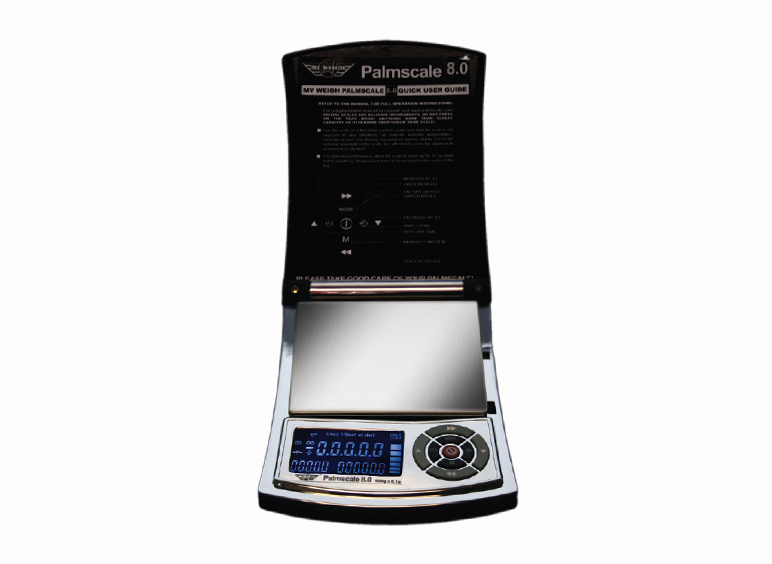